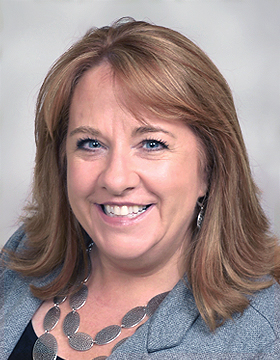 Margie Moulin began her radio career as a DJ in both country and top 40 music. In 1991, she made the transition to public safety radio when she was hired as a 9-1-1 Telecommunicator at a center in Southern Oregon.

Through the next 15 years, she worked as a Telecommunicator, Communications Training Officer, Dispatch Supervisor, Operations Manager, and Assistant Director. In 2006, she was named as Director of the Center.

During her tenure as Director, she led the center through the consolidation of the two emergency communications centers in the County, as well as the design and build of a new facility.

In 2015, Margie was elected to serve as one of the two Western Regional Representatives on the APCO Board of Directors, and remained in that position until being elected to the APCO International Executive Committee in 2018.

Margie remains passionate about the 9-1-1 profession and public safety as a whole. Her husband and children are involved in public safety and service to others through law enforcement, health services, and the military. In her spare time, Margie enjoys hiking, swimming, and spending time with family.